On the monthly option expiration day of September 17, three of my call options expired in the money and the shares were called away from me. Those calls for AUPH, AMAT and ADSK produced excellent annualized trade returns of 200%, 80% and 31%. My PYPL, SYF, V, ROST and JPM calls expired out of the money and I sold all my shares in the five companies today. The trade returns are provided in the table below.

My short-term market outlook is Neutral-Bearish so the three covered call trades that I opened today were based on ITM calls. 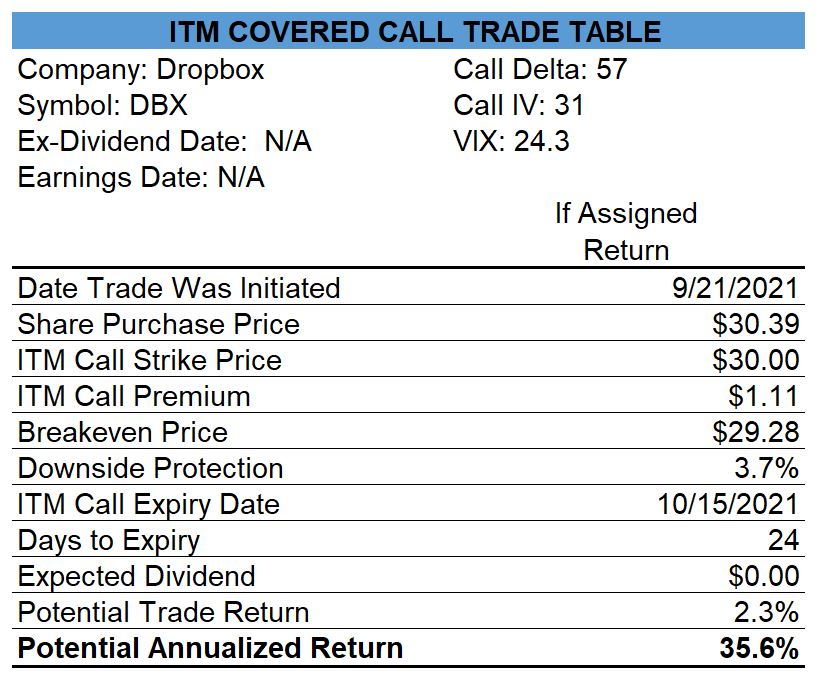 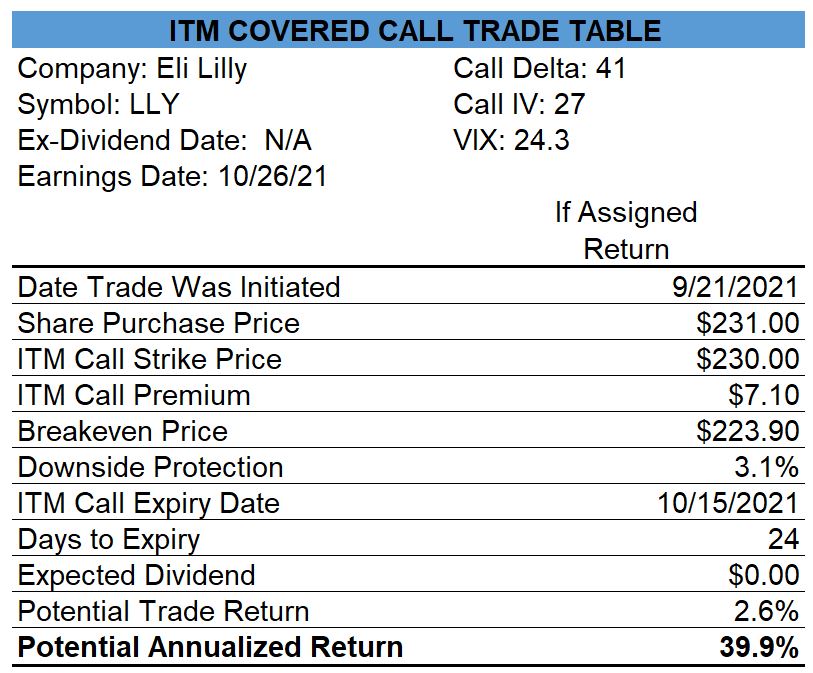 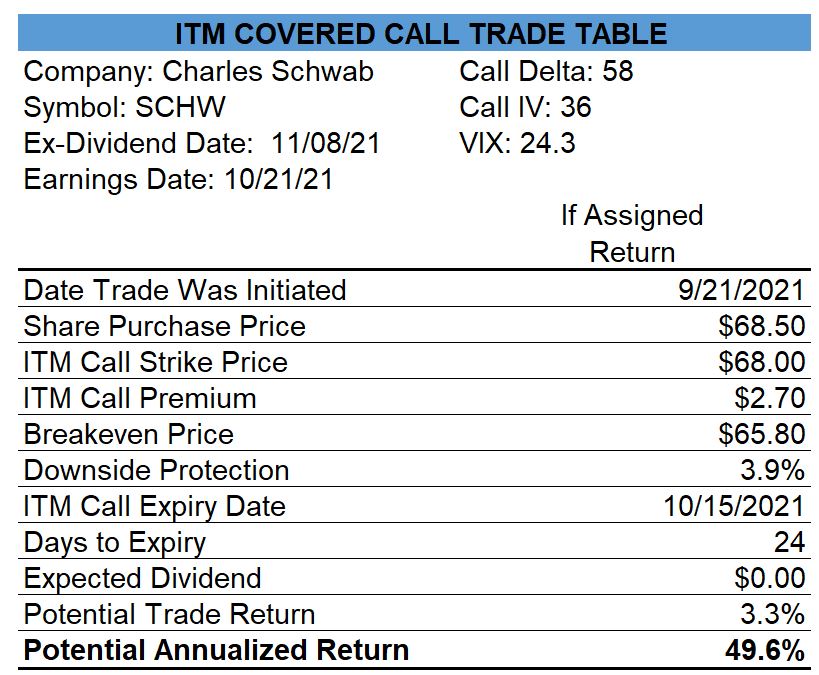 On September 17, I should have bought-to-close my Peloton puts but was too busy to do so. The puts closed ITM so I was assigned the shares at $105.00 and subsequently sold them for $100.91. That was a loss but it would have been worse had I held onto the shares as they closed this week at $92.64.

My current outlook is bullish.