On February 17, I sold Mar-19 $62.50 BMY calls based on a stock purchase price of $60.69. Shares of BMY traded at $62.70 at the close on Friday so the shares will be assigned to the holder of the calls and the trade generated an annualized return of 57.3%. The 4.7% return on this trade compares favourably against a decline in SPY of 2.0% over the holding period.

BMY continues to pass one of my covered call screens and it has an upcoming dividend so I plan to enter another covered call trade with BMY well before the ex-dividend date of March 31. 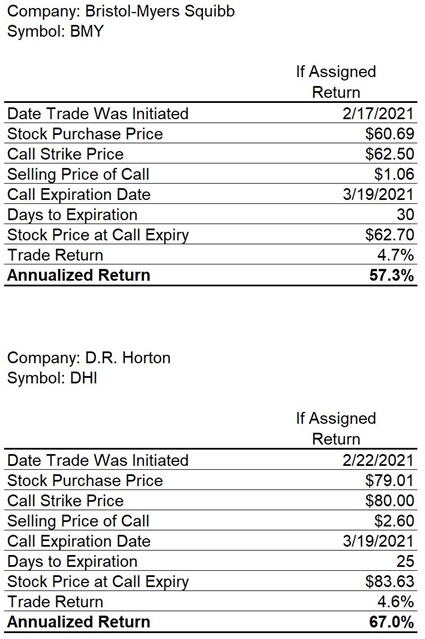 Results of Call Options That Expired on April 16