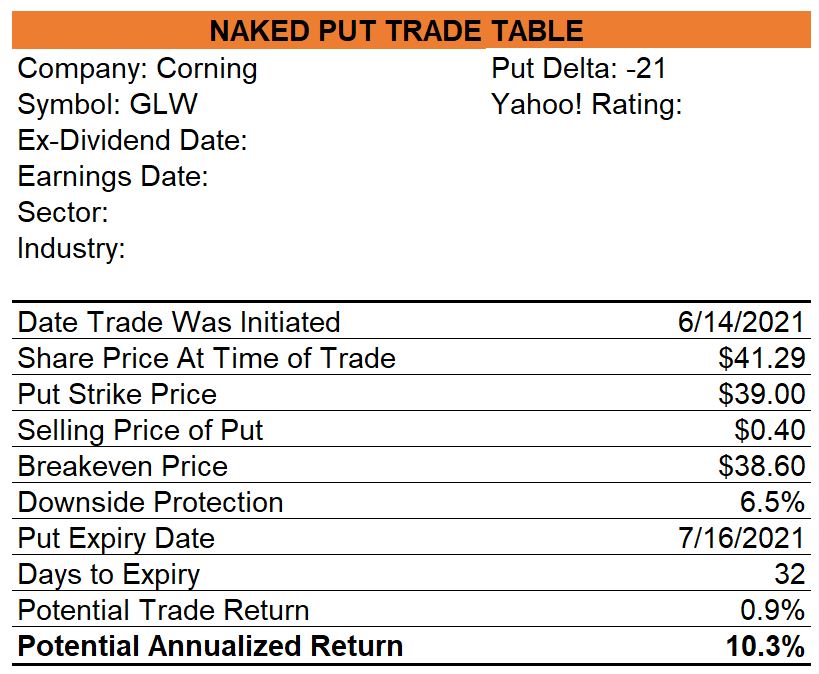 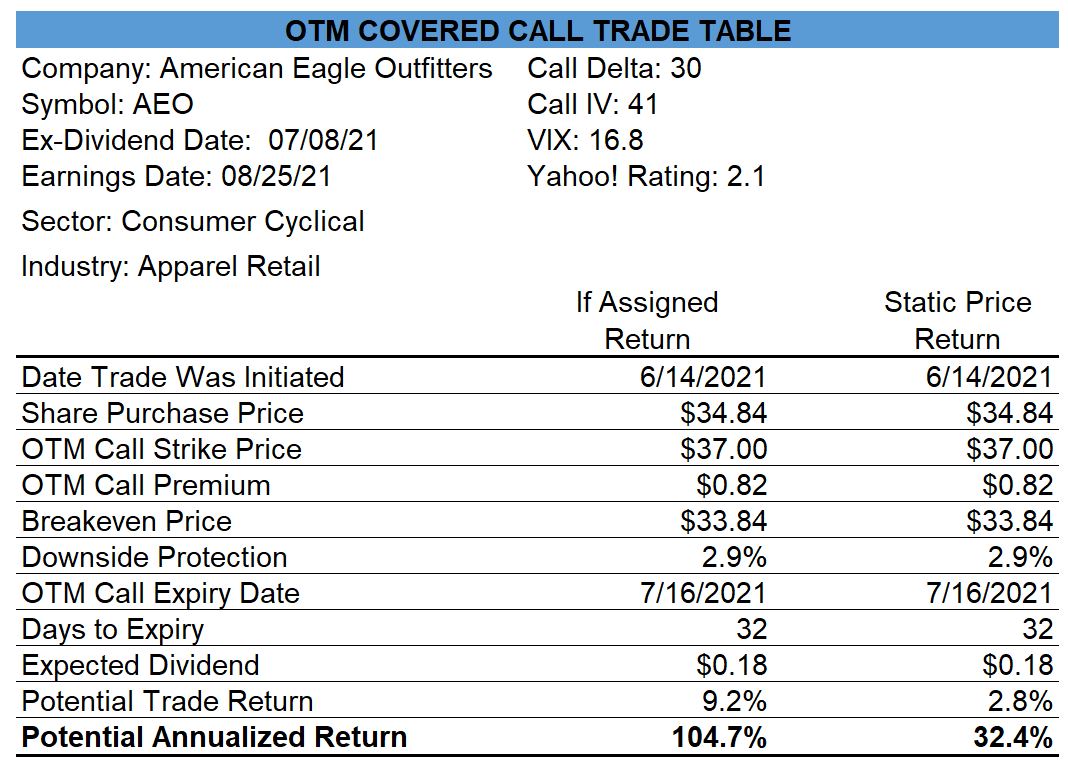 When I opened this trade, STLD was down 5.5% from the previous close so it felt very uncomfortable. I considered an ITM covered call but based on my short trade history, I know that I am likely to get better trade results with OTM calls so that is what I sold. 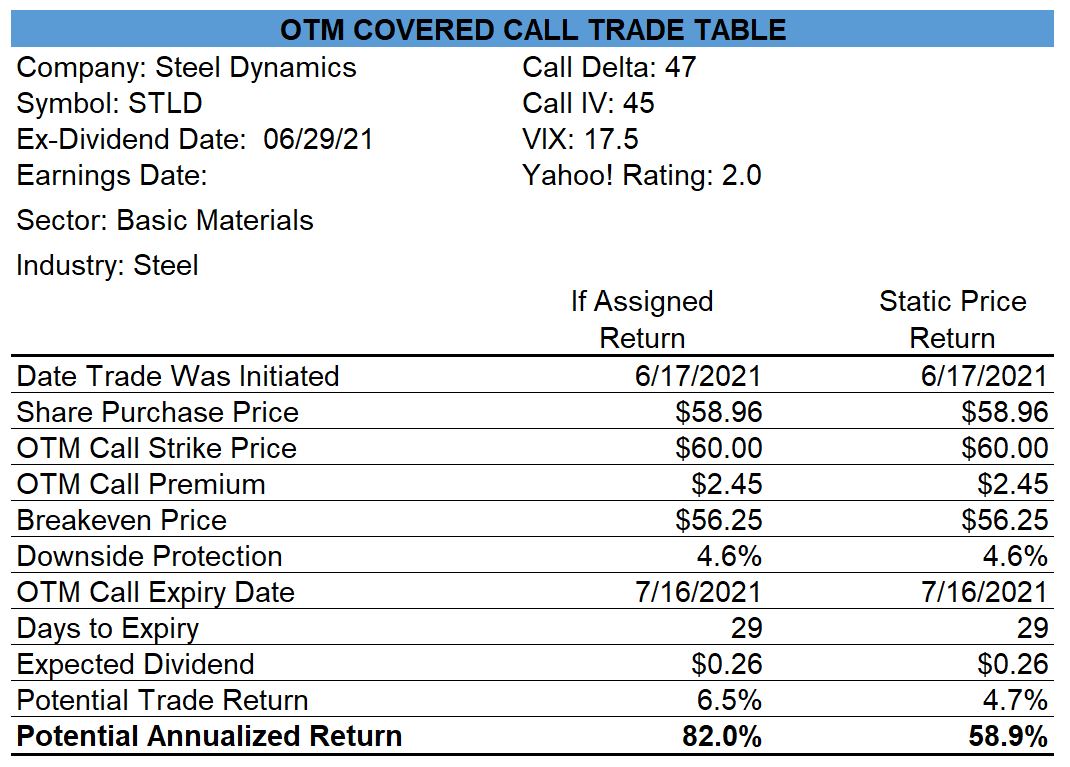 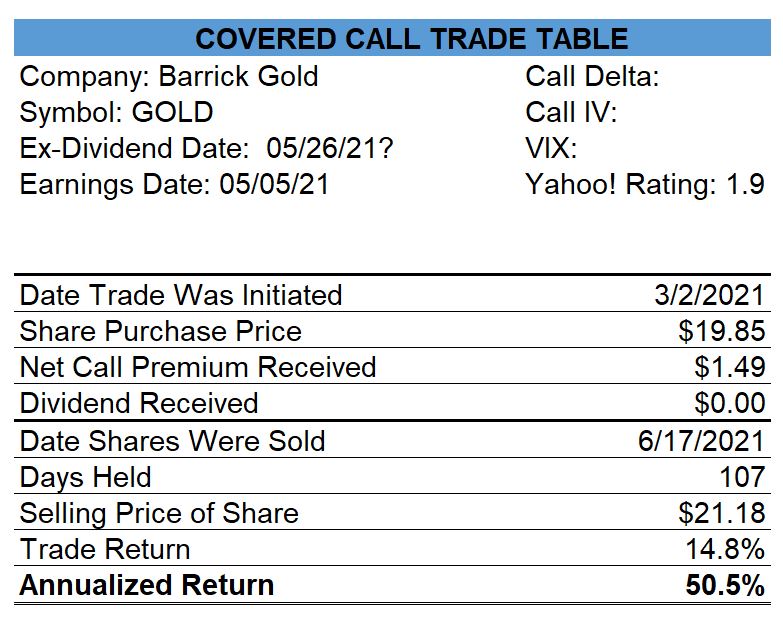 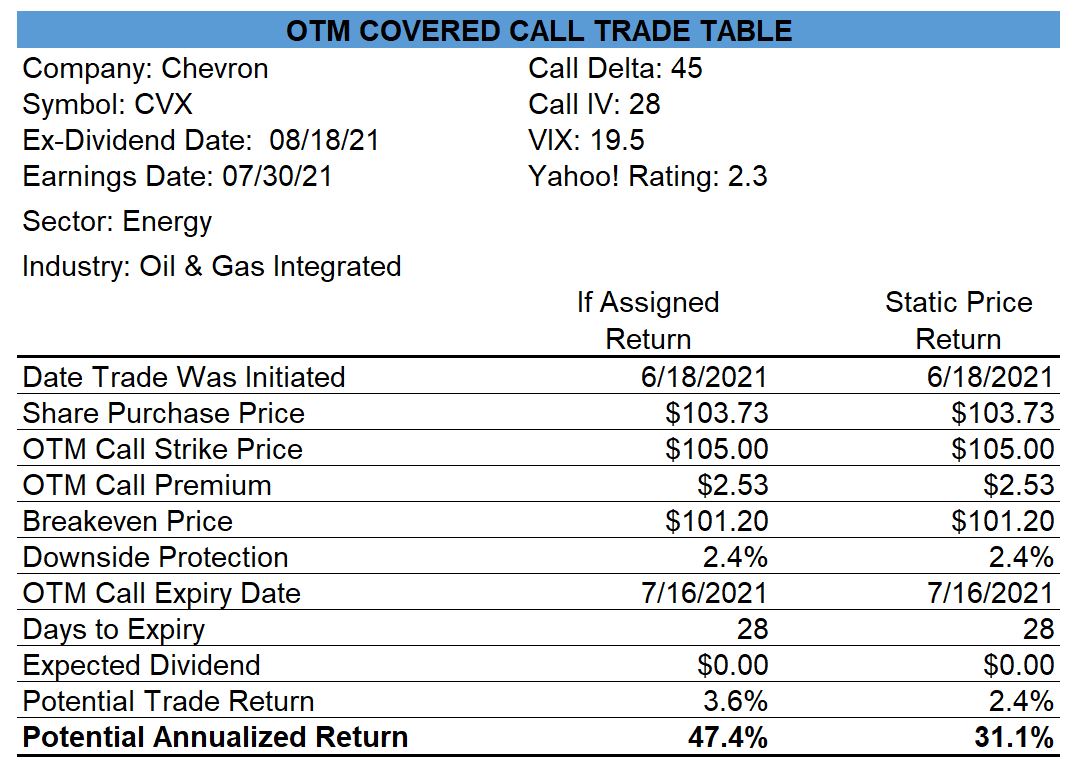 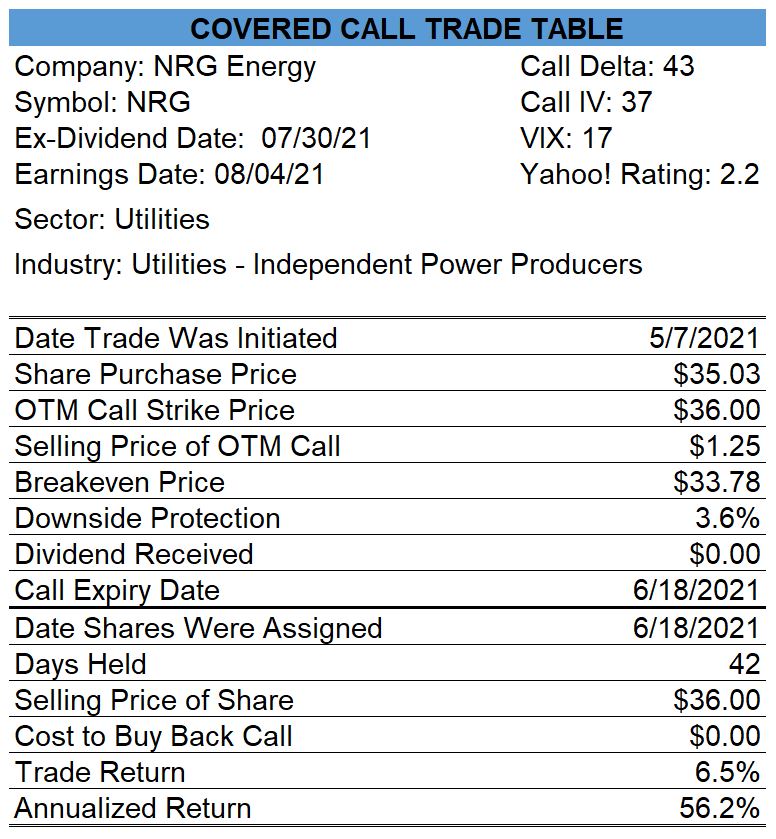 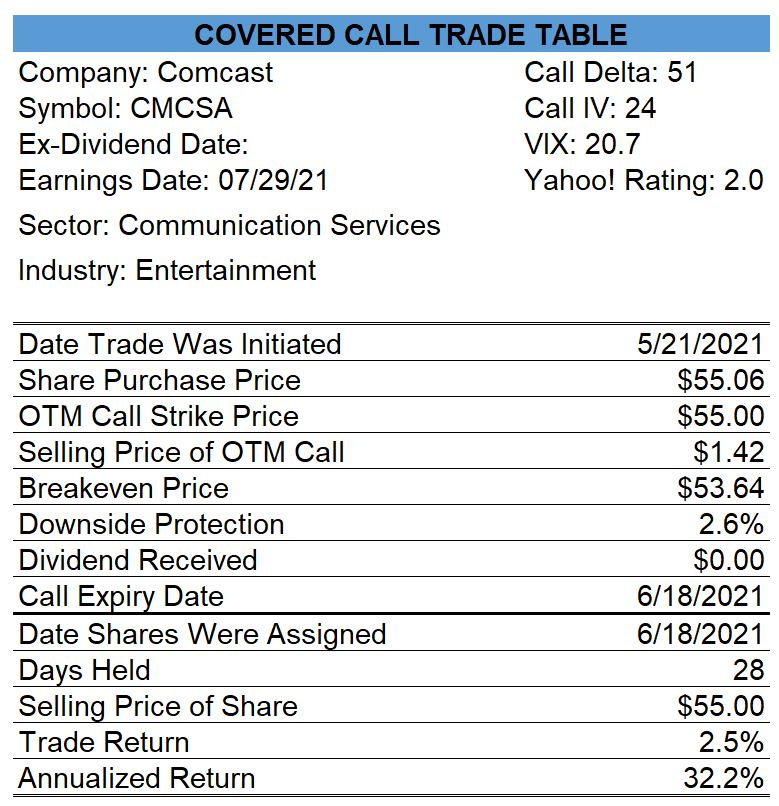 My most profitable covered call trade for the June 18 expiry came from Vale which produced a 91% annualized return over a 22-day holding period. 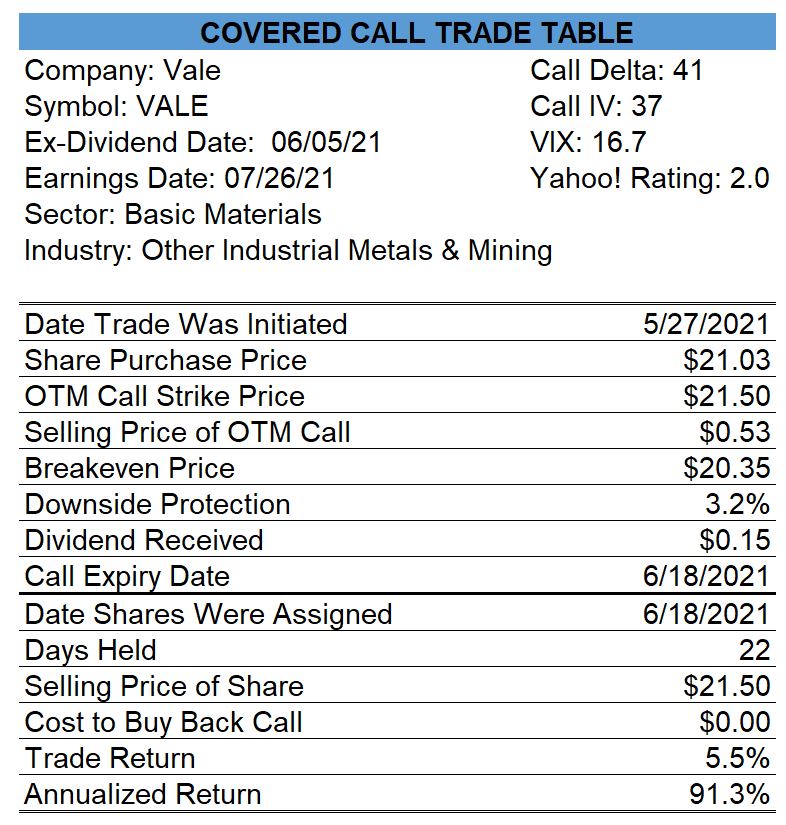 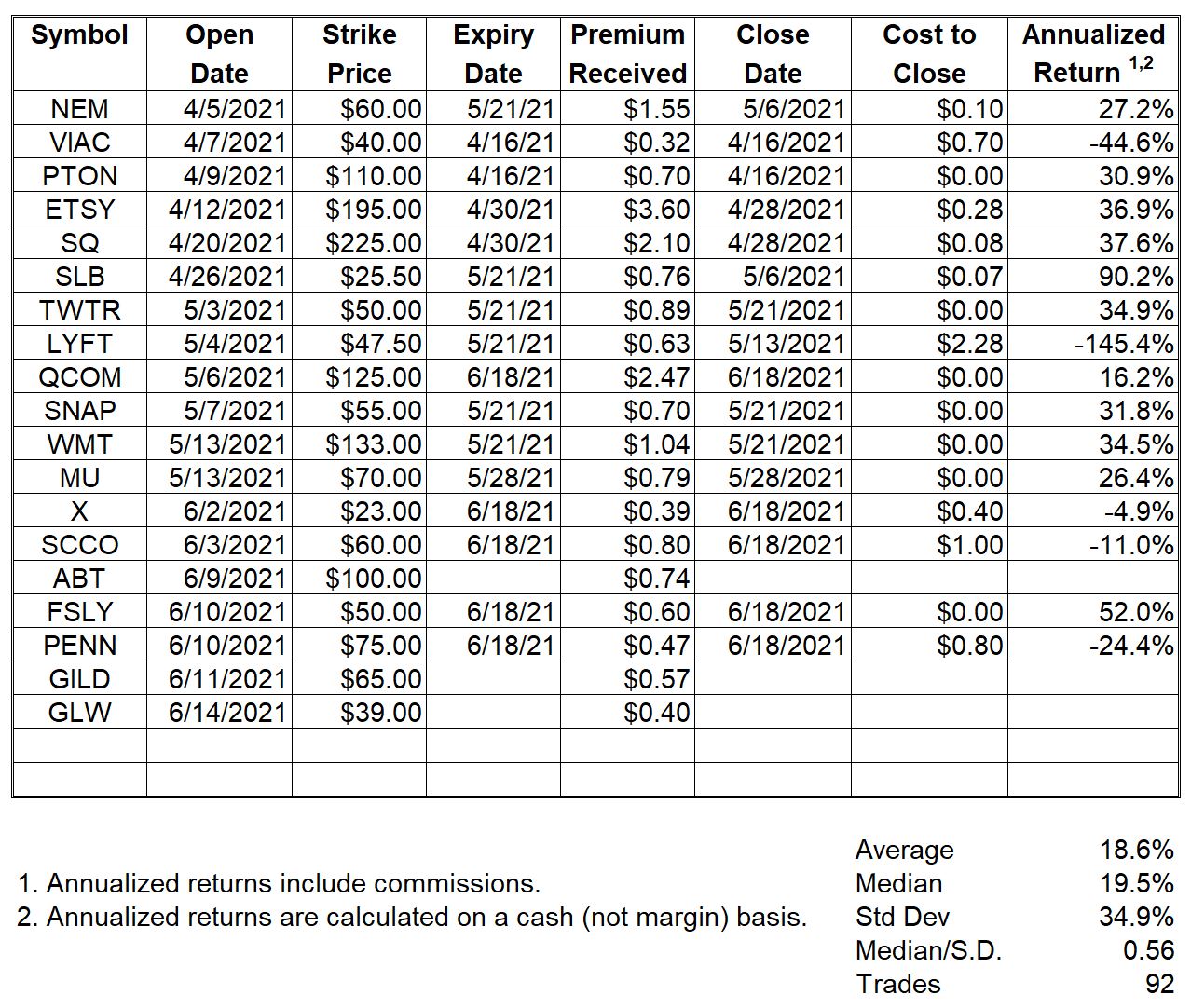 For those of you who follow my stock option trades, I hope my posts inspire you to develop your own trading strategies which provide better returns than buying and holding the broad market.