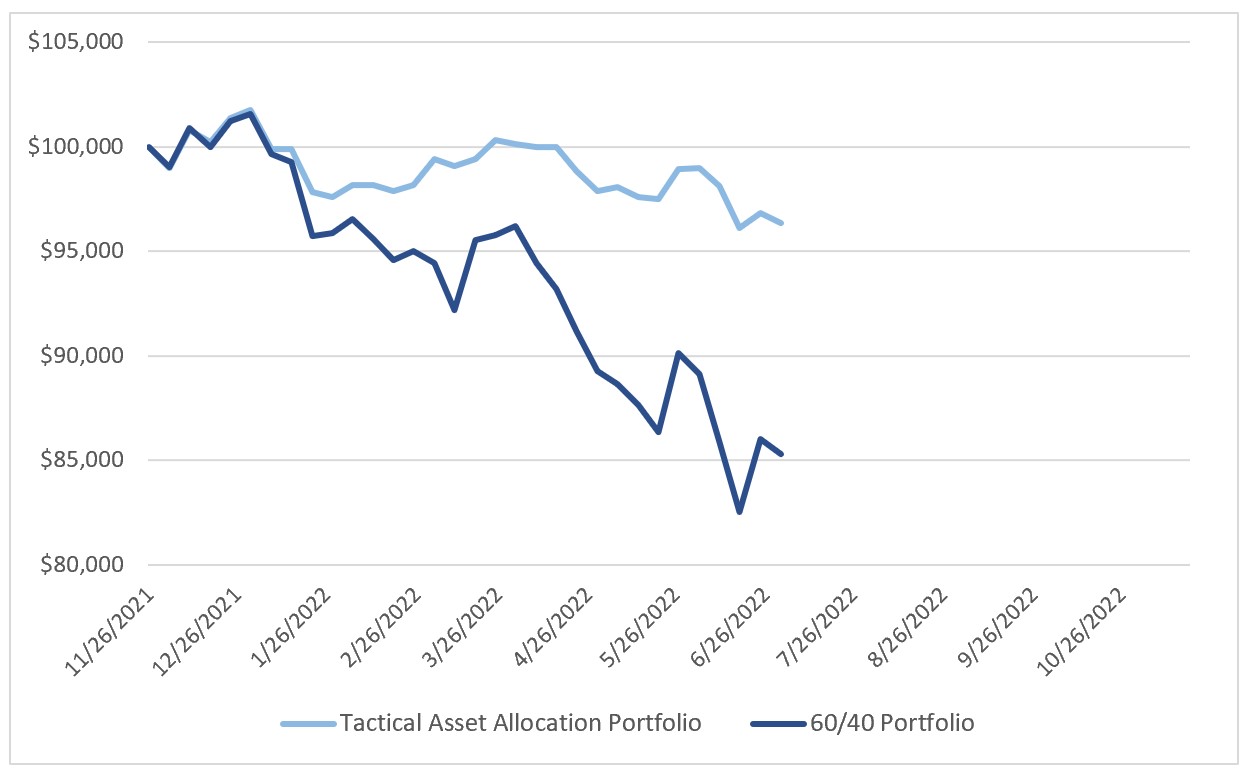 If you followed my posts last year, I stated many times that stock trading felt too easy. It was easy to produce winning trades. This year is as unlike last year as it gets. I have had very few trades and they certainly haven’t been as profitable as last year’s trades. As the saying goes, “There’s a time to trade and a time to sit on your hands.”

Year-to-date, my tactical asset allocation model is down 5.3% versus a decline of 16.0% for the 60/40 portfolio. During orderly market declines, TAA models outperform as they go to cash. Should the markets rip higher, TAA models will underperform as they require time to move out of cash and back into the markets.

This week’s asset allocations have the highest yet for cash at 79%. 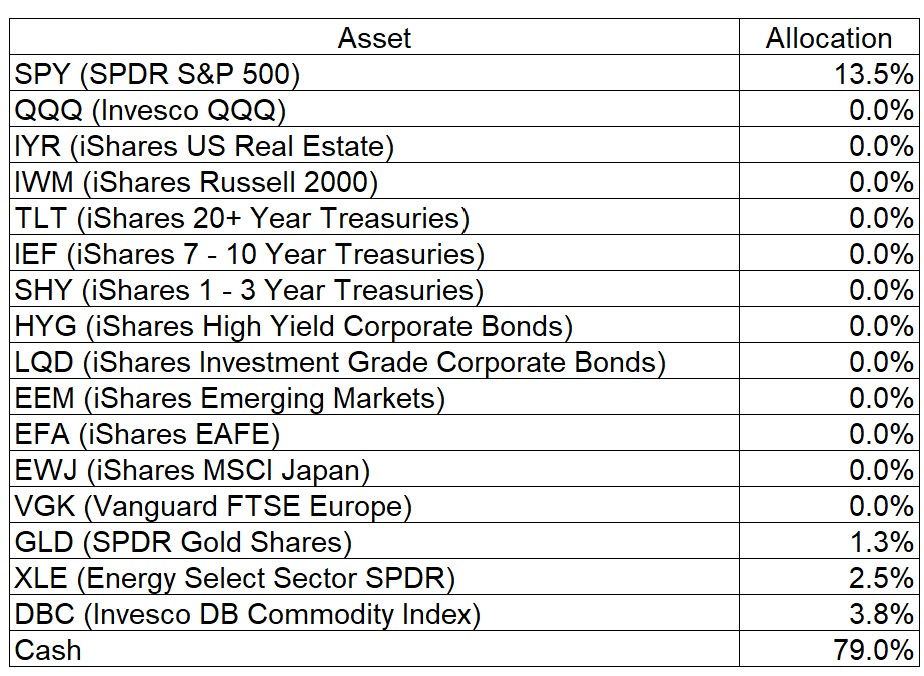 I have no open stock trades at this time. 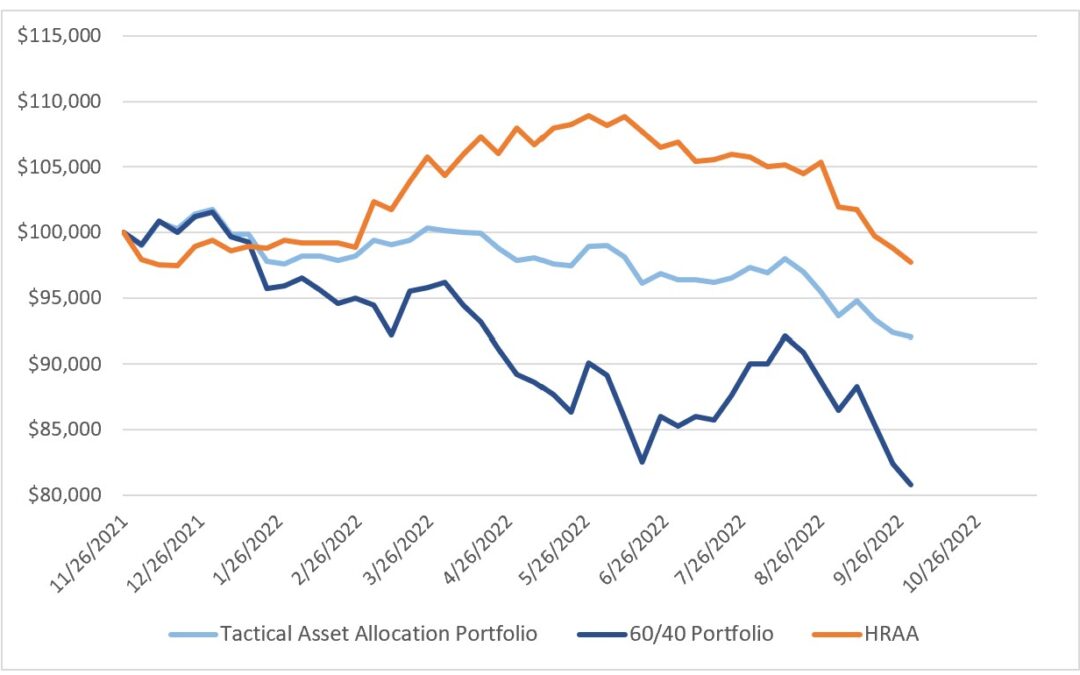 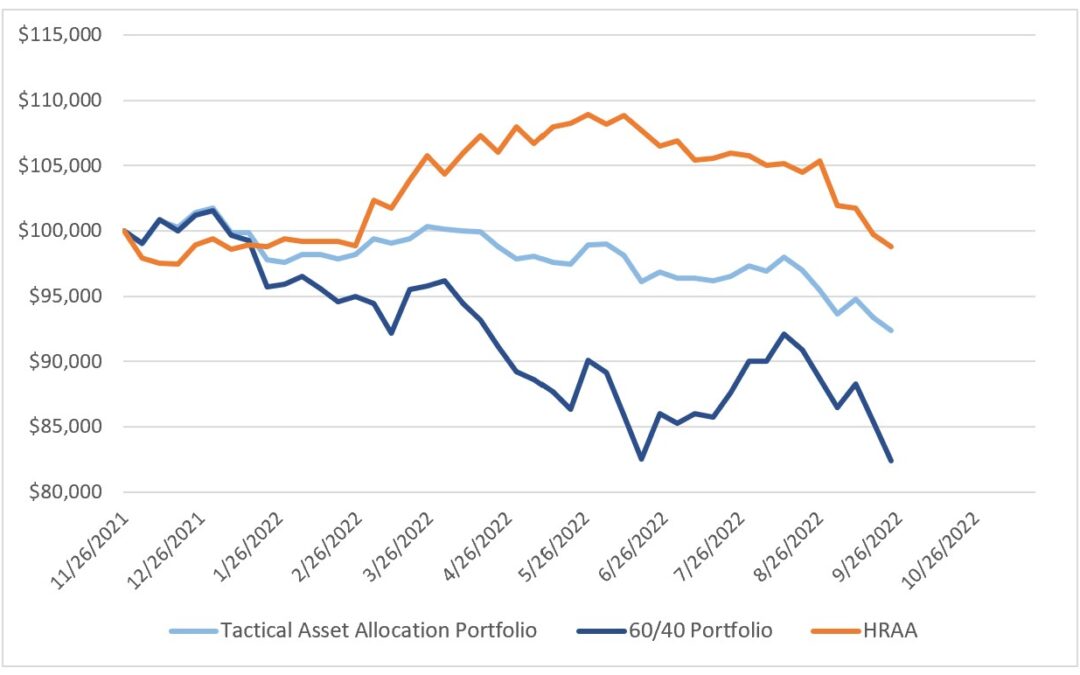 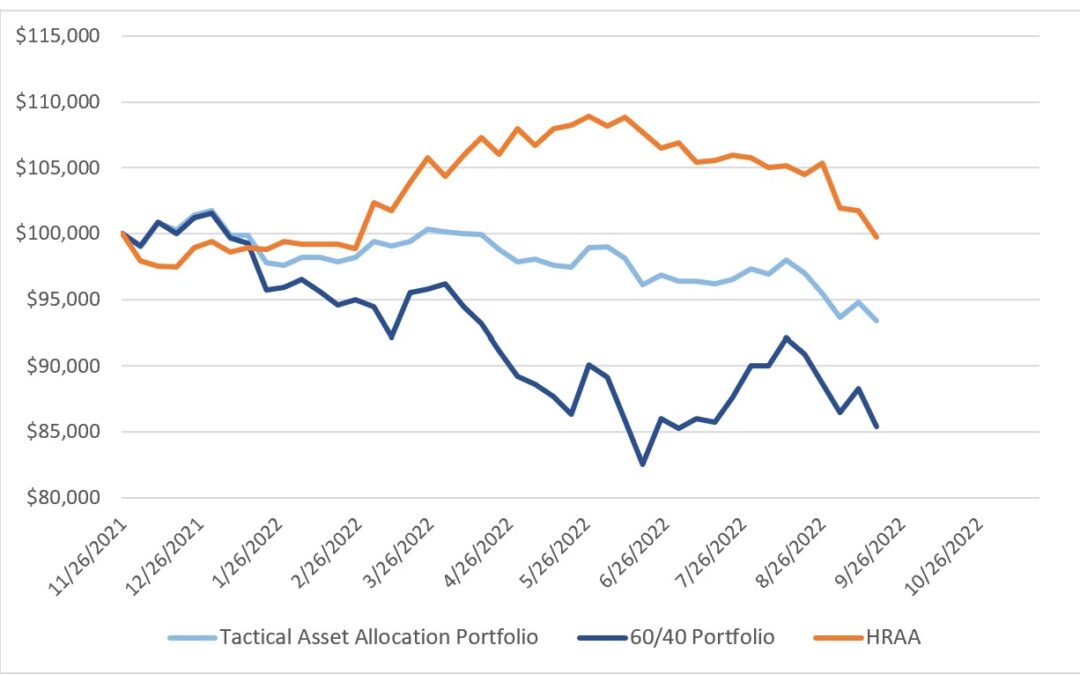 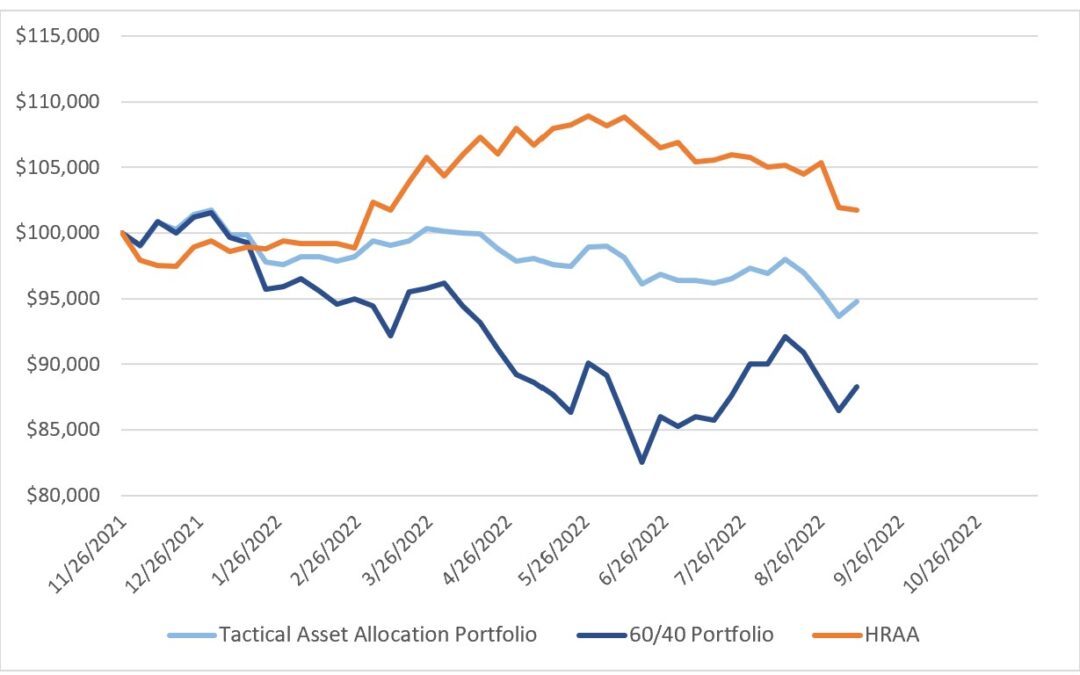 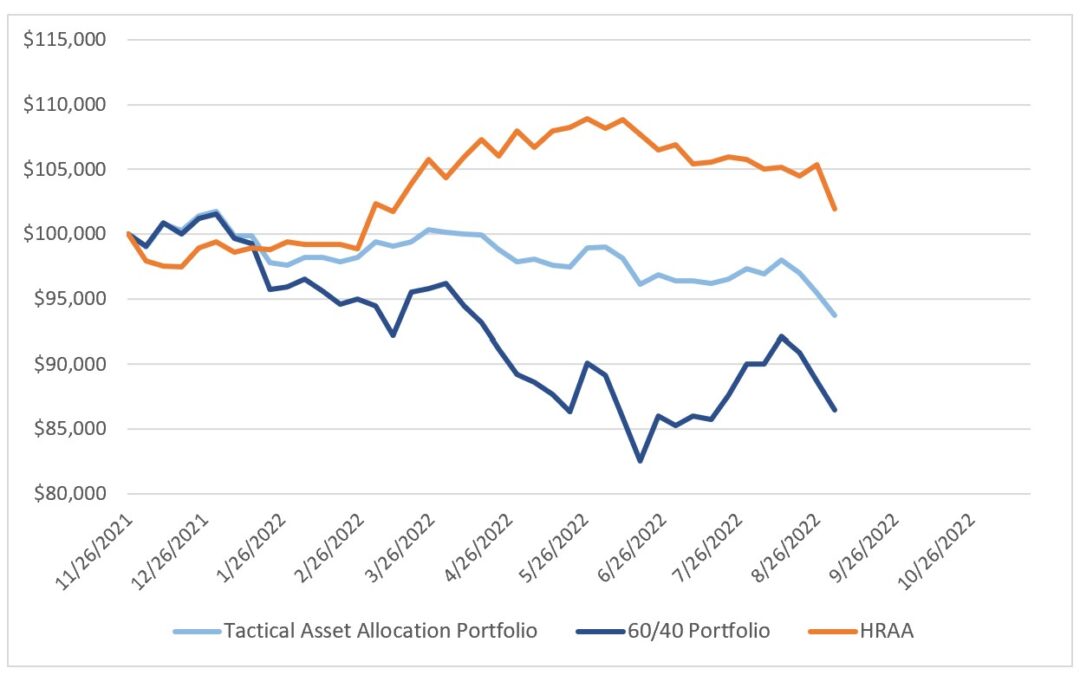